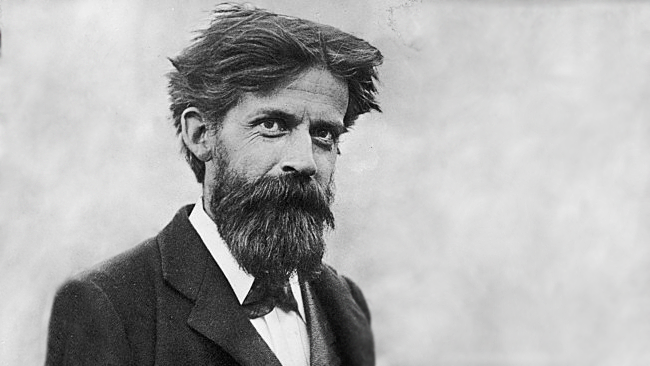 Who was Patrick Geddes?

Knowledge > Who was Patrick Geddes?

Patrick Geddes, considered to be one of the world’s greatest polymaths, inspired SHBT’s educational philosophy which is imbued in the work that we do. He was a biologist, a geographer, sociologist, environmentalist, philosopher, town planner, cultural champion, anarchist, and educator, so it’s no surprise he has had a lasting impression on our values.

“I grew up in a garden,” said Geddes. His family moved to Tayside when he was three, and his formative years were influenced by the Tay’s beautiful and fertile river basin. His parents were broad-minded and his father, an army quartermaster, encouraged wide-ranging ‘home studies’ when Patrick left school in 1871. Another early influence was the anti-authoritarianism of the Free Church of Scotland.

Geddes’ subject of choice was biology and he studied in London under Thomas Huxley at the Royal College of Mines. He was then a demonstrator in the Department of Physiology at University College London where he met and impressed Charles Darwin.  A year abroad in Brittany and at the Sorbonne exposed him to the political anarchism espoused by Prince Kropotkin. Another influence was Le Play’s circular theory of geographical locations and analysis of the key units of society being constituted of “Place, Work and Family.” Geddes changed Family to Folk (people).

An early manifestation of Geddes’ connectivity resulted from being struck blind in Mexico in 1879. Robbed of this primary sense, Geddes began to devise a ‘Thinking Machine’, which today we might call a mind map, aligning different strands of thinking. Geddes regained his sight but was affected enough to discontinue working with a microscope. From that point on Geddes’ work both as a lecturer and a town planner drew on biology, sociology, geography, ecology and philanthropy with humankind, culture and the environment at the centre.

This connectivity is best expressed by Geddes himself writing in 1917 on seeing a city as an “inseparably interwoven structure’” akin to a flower. “Each of the various specialists remains too closely concentrated upon his single specialism… Each … seizes firmly upon one petal of the six-lobed flower of life and tears it apart from the whole.”

Patrick Geddes was born in 1854 in Ballater, Aberdeenshire and died in Montpellier, Provence in 1932. In his Obituary, written for The Spectator Magazine, the novelist E.M.Forster wrote: “Sir Patrick Geddes was seventy-eight, but he had the adventurous spirit of a young man, and it was characteristic of him to spend his last few years in founding a Scots College at Montpellier to promote friendship among all peoples. He was primarily a biologist and a botanist, as befitted an old student of Thomas Huxley’s.

But though he lectured for many years on his special subjects at Edinburgh and Dundee, he was far better known as a sociologist in India, as a town-planner at Jerusalem, and, in his “Outlook Tower ” by the Castle at Edinburgh as the promoter of all good causes, educational and other, for the benefit of mankind. To sum up Patrick Geddes in a few lines would be impossible, for he touched life at so many points. His influence was inspiring and will endure.” 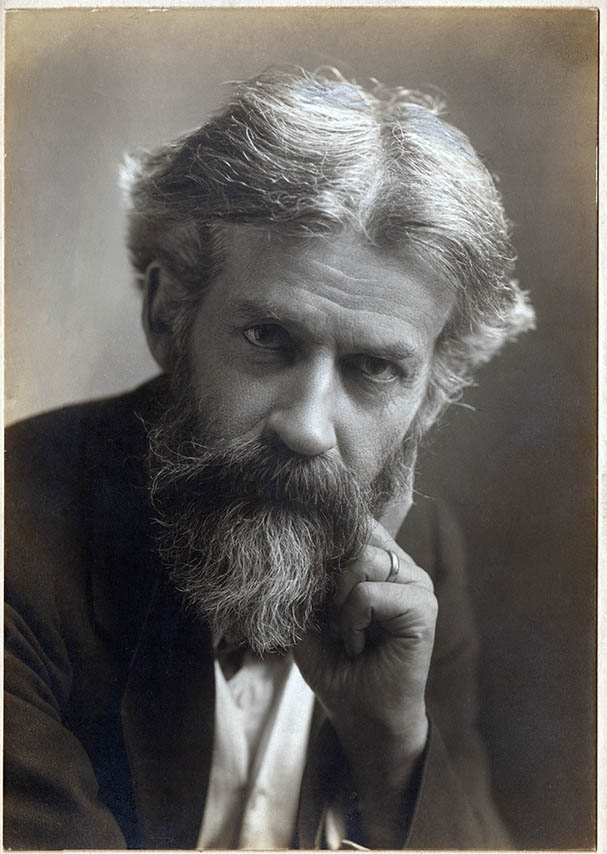 Forster coined the phrase ‘Only connect’ and that would have made a fitting epitaph for Geddes. Above all else Geddes made connections: between people, between people and the planet, between people and buildings, between culture and place, between arts and science, between religious beliefs and between academic disciplines, eschewing specialism for generalism. This connectivity and interdisciplinary thinking, along with a passion for life and love of humanity makes him a beacon of light and source of inspiration in our own complex and divided times.

It was six or so years on from his Mexican adventure that Geddes embarked on his seminal work in Edinburgh’s Old Town. In 1886 he married Anna Morton, the daughter of a wealthy merchant. Anna was Patrick’s rock, supporting him emotionally and sometimes financially in all his ventures. (They lived frugally but he always needed money for his schemes.)

Their children, Norah, Alasdair and Arthur sometimes suffered some emotional neglect as a result of their parents’ strong partnership bound by both love and idealism. And Geddes could be a demanding father, expecting his children to carry the flame of his beliefs.

Anna for the most part though was able to steady things. Amelia Defries wrote of Anna,”…the calm lady who could bring order out of chaos. Even more valuable…was her ability to tone down Pat’s cerebral high-voltage when some bewildered soul was in danger of electrocution.”

Six months married, Patrick took Anna, pregnant with Norah, from the comfort of their Princes Street apartment to live in James Court, not far from Riddle’s Court. Shoeless children with dirty faces characterised the overcrowded slum that this part of town had become. The Geddeses were on a mission. They started cleaning and painting their new home, making it habitable and attractive, encouraging their neighbours to do likewise. Geddes then started to employ his approach of ‘conservative surgery’ keeping and restoring the best houses “weeding out the worst that surrounded them…widening the narrow closes into courtyards” letting in light and air.

Working with the residents he transformed some of the spaces he had cleared into community gardens. Gardens were vital for Geddes, not just as an aesthetic, but as the source of oxygen and life or, as he famously said, “by leaves we live”.

He also bought Riddle’s Court at this time, turning it into a self-governing students’ hall of residence.

CHAMPION ON THE ARTS AND EDUCATION

Alongside this inspired utilitarianism he furthered his beliefs in incorporating culture and learning.

He commissioned a huge narrative painting on the ceiling of the dining hall in Riddle’s Court; worked with artist John Duncan to produce Evergreen, a publication endorsing the values of the Celtic Renaissance, and commissioned the design and building of Ramsay Garden in the tradition of the Arts and Crafts Movement.

In the same period as all this he lectured in Botany at both Edinburgh and Dundee Universities; held summer schools in Edinburgh and London and set up The Outlook Tower. This innovative project encouraged people to observe the relationships between place, work and people within Edinburgh. Geddes himself was often the enthusiastic guide, bounding two steps at a time, to the top where a panoramic view of the city was revealed.

As E.M. Forster said, “To sum up Patrick Geddes in a few lines would be impossible…” and at the end of his Old Town period he still had half his life to live. Now, imagine ascending Geddes’ Outlook Tower, looking out over Edinburgh, then letting your eyes drift out over the Forth to the hills and the world beyond, and imagine other cities with golden domes, temple roofs, interacting with this man under hotter suns. It was to be another fourteen years before Geddes went to India at the invitation of Lord Pentland, Governor of Madras. But it was mainly on account of his work in the Old Town that he was invited.

Other developments were further enhancing his reputation. In 1900 he held the International Assembly in Paris. That year and the following he made two visits to the USA. In 1903 he developed plans for Dunfermline and published City Development. In 1908 he restored Crosby Hall in Chelsea as a residence for university women. In 1909 Geddes assisted in the early planning of Edinburgh Zoo, giving the same consideration to animals’ needs as he did for humans in his city plans.

As a showcase for this thinking he developed his Cities Exhibition, which opened in Chelsea in 1910. He advocated ‘civic survey’ with the motto ‘diagnosis before treatment’, encouraging exploring the ‘whole set of existing conditions’ and referencing the needs of local people and their potentialities. He was also developing his regional planning model called ‘The Valley Section’ which illustrated the complex interactions between the environment and human systems.

GEDDES IN INDIA AND ISRAEL

In 1914 as he was writing Cities in Evolution and espousing a philosophy of ‘think globally, act locally’ Geddes was about to step onto the global stage. And, with the work he did in India, he was to act in a very local way indeed, with the needs of people and culture predominant in his plans.

Geddes set out for India with his son Alasdair. Under separate steam sailed the Cities Exhibition as cargo. By the time the cargo ship was nearing Madras, World War I had been declared and it was sunk by enemy fire. Undeterred, father and son reassembled the exhibition: it was displayed at Madras University in 1915.

SUCCESS AND TRAGEDY IN INDIA

Whilst many of us are rediscovering Geddes in the West, his reputation has never dimmed in India. Between 1915 and 1919 he wrote a series of “exhaustive town planning reports” for at least eighteen Indian cities. From 1919-1925 he was Professor of Civics and Sociology at Bombay University.  He made three trips to the subcontinent, with Alasdair (1914-15) with Anna (1915-17) and with Arthur (1919-23).

Tragically, Anna contracted typhoid fever in 1917. Making the situation worse for Geddes was the news that Alasdair had been killed in action on the Western Front. He spared Anna the news, continuing to read Alasdair’s letters to her as she was dying.

Geddes is remembered with such reverence in India because his designs considered local context and tradition alongside being aware development needs.

Geddes believed that Eastern philosophy more readily conceived of “life as a whole” therefore “civic beauty in India has existed at all levels, from humble homes and simple shrines to palaces magnificent and temples sublime.”

An extract from his Bombay Town Planning Act of 1915 reveals the heart in his thinking: 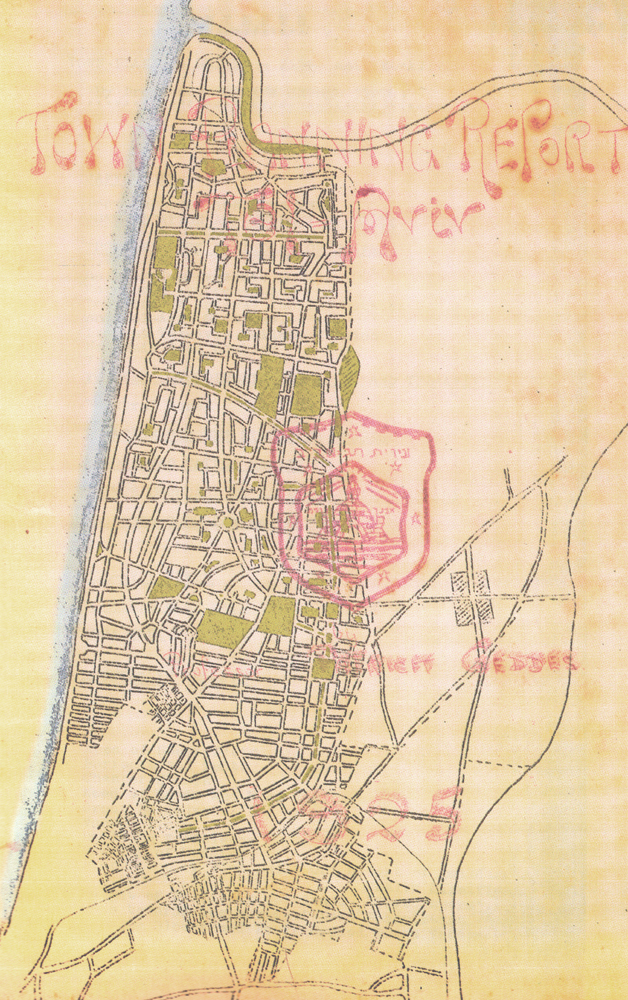 Geddes also worked on projects in Israel. In 1919 he prepared a plan for the Hebrew University of Jerusalem, which was never implemented. In 1925 he submitted a town planning report for Tel Aviv. The city is the only one whose core is entirely laid out according to a plan of his.

In 1924, health failing, Geddes left Bombay, choosing Montpellier in the south of France as his new home. He founded his Scots College “on a plot of rough hillside” he managed to purchase, probably with the financial help of the woman who was to become his second wife, Lilian Brown. The College’s purpose was to encourage dialogue between differing intellectual and philosophical positions.

His youngest son Arthur came out to help him but still found his ageing father demanding. He married Lilian, a long-time admirer fifteen years his junior, in 1928.  In a strange mirroring of Patrick’s Mexican adventure fifty years earlier, Lilian went blind on their wedding night – though thankfully only temporarily, and was able to support him in his last great venture.

Having refused one before, he accepted a knighthood in February 1932, “to help further his thinking” and died a few months later on April 17.

Patrick Geddes lived a long time, was open to many influences, from which he created many far-reaching connections. He leaves us with a dazzling example of action based on cherished beliefs. “Vivendo discimus: by living we learn.”

Organise a visit to Riddle’s Court or tour of the Old Town Edinburgh, designed to suit your interests.

Enjoy learning with your head, heart and hand

Make the most of SHBT’s wide variety of learning resources which aim to inspire a love for the world around us.