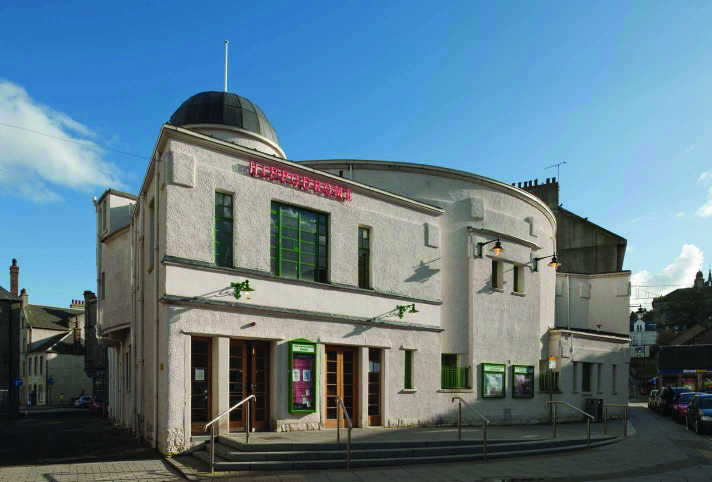 Our Buildings > The Hippodrome

Situated in the centre of the historic town of Bo’ness, the Hippodrome is Scotland’s earliest surviving purpose-built cinema. Its construction was the result of a collaboration between two local citizens, film-enthusiast Louis Dickson and architect Matthew Steele. The Hippodrome opened in 1912 and remained in use as a cinema until 1975, when it became a bingo hall before being abandoned. From 2006 to 2009, SHBT led a £2.1 million restoration project which returned the building to its original use. The building is currently managed as a cinema by Falkirk Council.

The Hippodrome is currently in operation as a cinema, run by Falkirk Community Trust. For all information on film screenings and events, please see the building’s dedicated website.

If you’re interested in the history of the Hippodrome and learning more about its restoration, you can visit its project page.