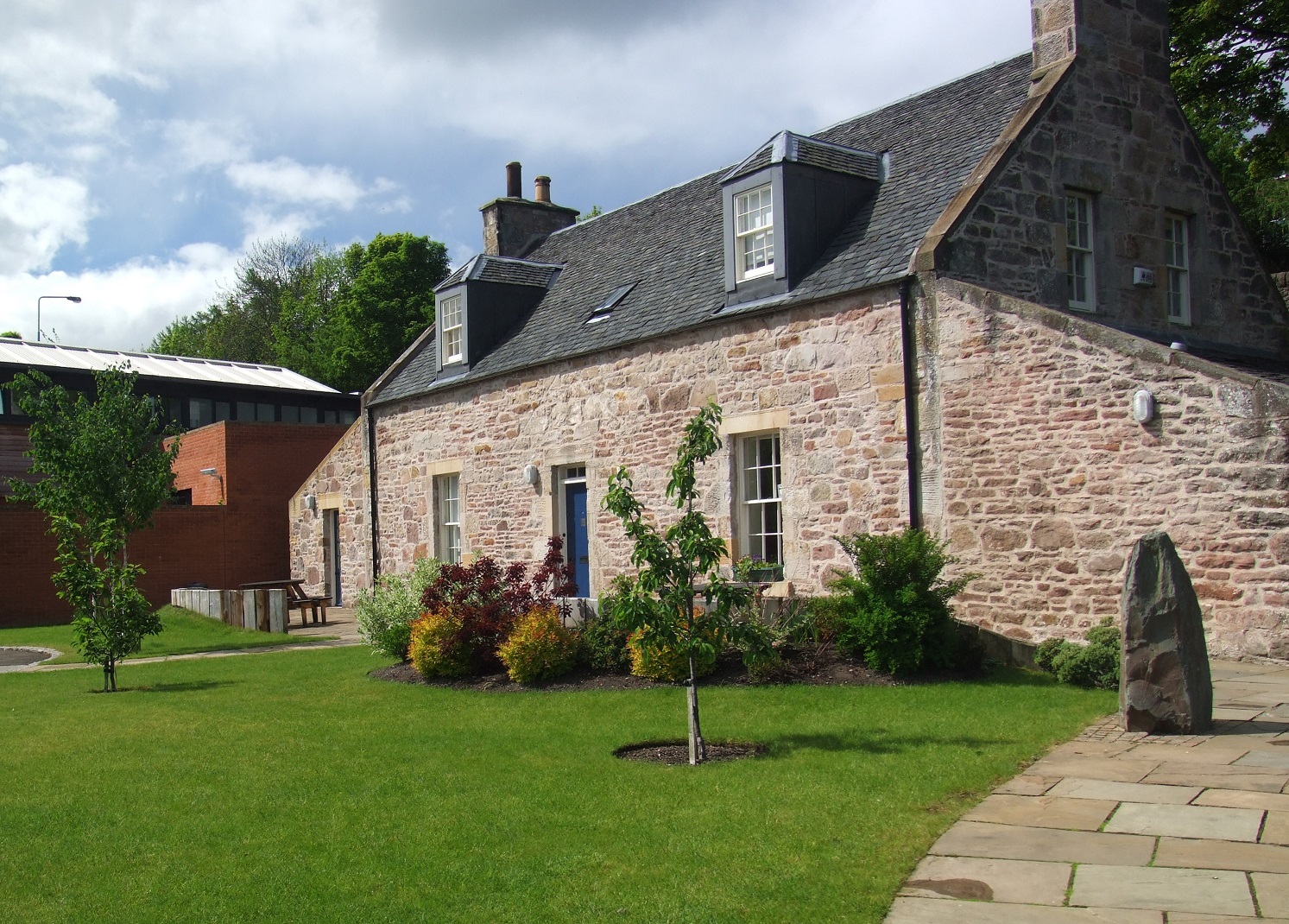 A characterful 18th-century cottage, Liberton Bank House was saved from demolition by local residents and given a new, long-lasting purpose by SHBT as the home of a unique school.

Liberton Bank House is a small residential building on the northern bank of the Braid Burn close to what was once the village of Nether Liberton. Although a fairly standard example of 18th-century domestic architecture, it holds local importance as a rare survivor from the centuries before Liberton was absorbed into Edinburgh’s southern suburbs. It also holds associative importance as the former home of the educational pioneer and early women’s rights activist Mary Burton (1819-1909) and the famous author Sir Arthur Conan Doyle (1859-1930).

Liberton Bank House is situated to the west of Inch House, a seventeenth-century manor built for the owners of the ancient ‘Barony of Nether Liberton’. It is separated from the main village of Nether Liberton by the Braid Burn. The site of ‘Liberton Bank’ is first clearly marked on an 1816 map and appears to have only ever consisted of Liberton Bank House. As a result, the building’s ownership and tenancy can be fairly clearly traced, although the exact date for its construction remains unknown, being somewhere between 1777 and 1793.

Records for the property in the National Archives of Scotland show that Mary Burton took up residence at Liberton Bank House in 1844 and continued to live there until 1898. Originally from Aberdeen, Mary moved to Edinburgh with her mother and brother in 1832 and subsequently devoted her life to campaigning for educational and social equality. In 1869, she succeeded in persuading the Watt Institution (now Heriot-Watt University) to allow female students and in 1874 she became the first woman on its Board of Directors.

In addition to serving on various parochial and school boards and being an active member of the women’s suffrage movement, Mary Burton also spent time raising her various nieces and nephews at Liberton Bank House. From about 1863 to 1868, this group was extended to include the young Arthur Conan Doyle. The Doyles and Burtons were close family friends and the young boy placed into Mary’s care in order to remove him from the influence of his alcoholic father. Whilst living at Liberton Bank House, Doyle attended the nearby Newington Academy and befriended William Burton, to whom he later dedicated The Firm of Grindlestone (1890). He also produced his first work of fiction – a story of a man and a tiger, written at the age of six.

Liberton Bank House was Category B listed in 1970, but subsequent alterations to the house and its setting resulted in it being de-listed in 1997. This was partially due to cosmetic changes, such as the insertion of a new staircase and modern dormer windows, which were seen to detract from the building’s architectural significance, as well as the construction of nearby Cameron Toll Shopping Centre in 1981 which destroyed what remained of the house’s rural setting. The situation was worsened by the extension of the Cameron Toll car park in 1993 to within mere metres of the building’s rear. This change in setting, combined with the building’s deteriorating condition, resulted in the final tenant vacating the property in the early 1990s. 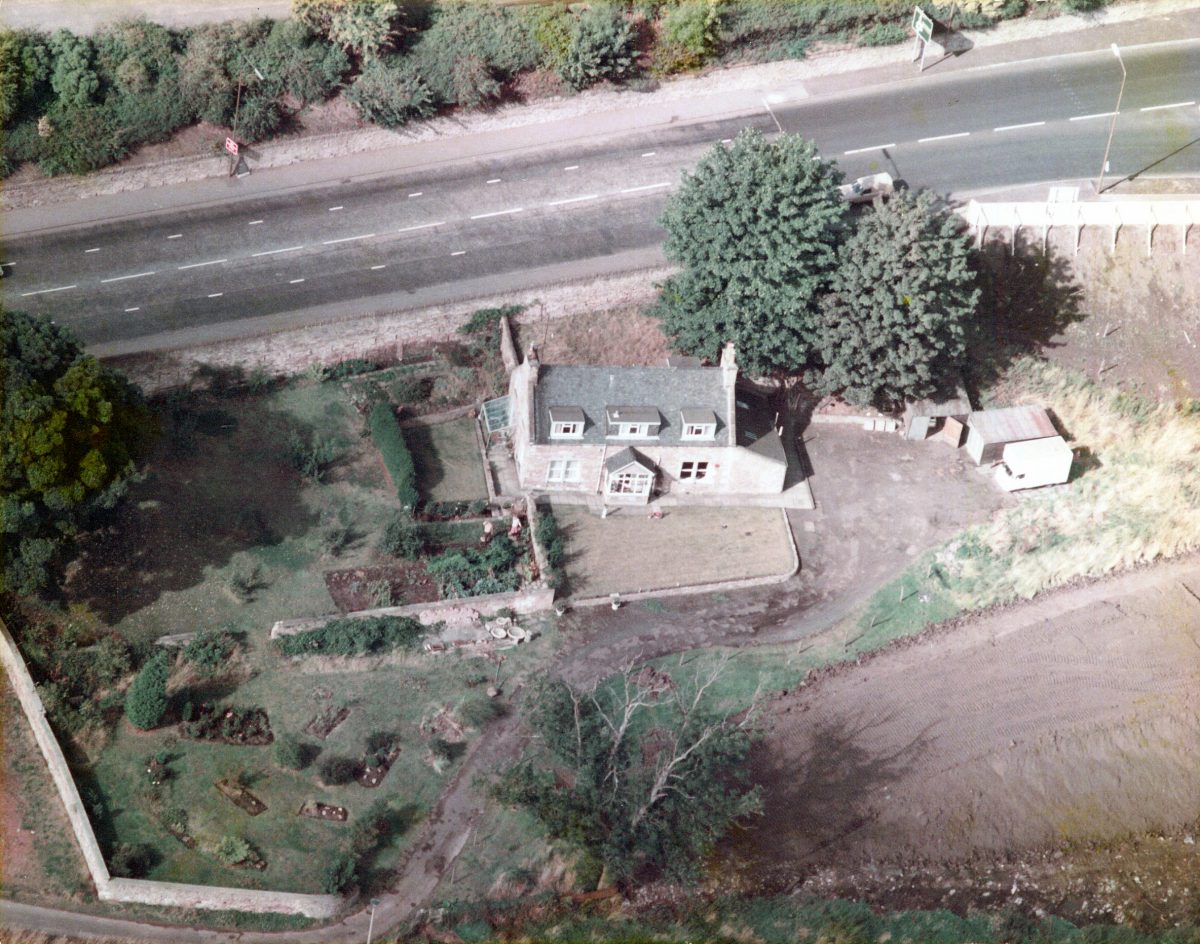 The building’s de-listing in 1997 meant that its owners, the Cameron Toll Partnership, were able to propose its demolition in order to provide space for the development of a new McDonalds drive-through. Luckily, a public outcry by local residents led to further research which revealed much about the house’s history, including its two notable former residents. City of Edinburgh Council refusing the planning application and the building being re-listed as Category C in May 2000.

Although Liberton Bank House had been temporarily saved, there remained the issue of finding it a long-term use. The development of Cameron Toll made it undesirable for continued residential use and the house’s rapid deterioration in the years it had lain empty meant that the cost of its restoration would be almost double its value once restored.

With the help of initial funding, including a donation from the house’s last occupant, the Cockburn Conservation Trust (now part of SHBT) undertook a Feasibility Study, completed in 2002. This established a viable project in restoring the property as the new premises for the Dunedin School. This “second chance” school for fragile and vulnerable children was at that time based in the nearby Scout Hut and was already actively seeking a new location. The small scale and residential atmosphere of Liberton Bank House perfectly suited their needs and would enable the property to the opened to the public on a limited basis.

With the end use established, the Cockburn Conservation Trust worked in partnership with Dunedin School throughout the project, including the fundraising process.  One of the most complicated aspects was acquiring ownership of the site, which was eventually achieved in September 2006, allowing onsite work to begin. By this time the roof was beginning to fail, and the modern windows had already leaked creating significant rot inside the building. However, under the watchful eye of Groves-Raines Architects the building was restored and made fit for its new purpose as a school. Many of the surviving original finishes, such as internal doors and floorboards, were retained and the 1970s dormers were replaced with appropriate alternatives.

Work was completed in June 2007 and two months later the Title Deeds were transferred from SHBT to Dunedin School, enabling them to move to their new location for the start the 2007/8 academic year. The building was opened by Gavin Hastings of the Wooden Spoon Foundation, one of the funders that had contributed to the project. In total the project cost just under £800,000, including the garden landscaping so that it might be used for recreational and educational purposes.

Following the completion of the project, Liberton Bank House was nominated for the Scottish Civic Trust’s My Place Awards. Sadly, in 2009, a 200 year old sycamore tree close to the house had to be chopped down due to rotten roots, but both the wood and stump were reused. The stump was carved into the shape of a hound, referencing Arthur Conan Doyle’s book The Hound of the Baskervilles whilst the main part of the tree was used by Edinburgh-based violin maker Steve Burnett to carve two violins, a viola and cello for the Conan Doyle Quartet.

Liberton Bank House continues to be used and enjoyed by Dunedin School’s staff and pupils today. 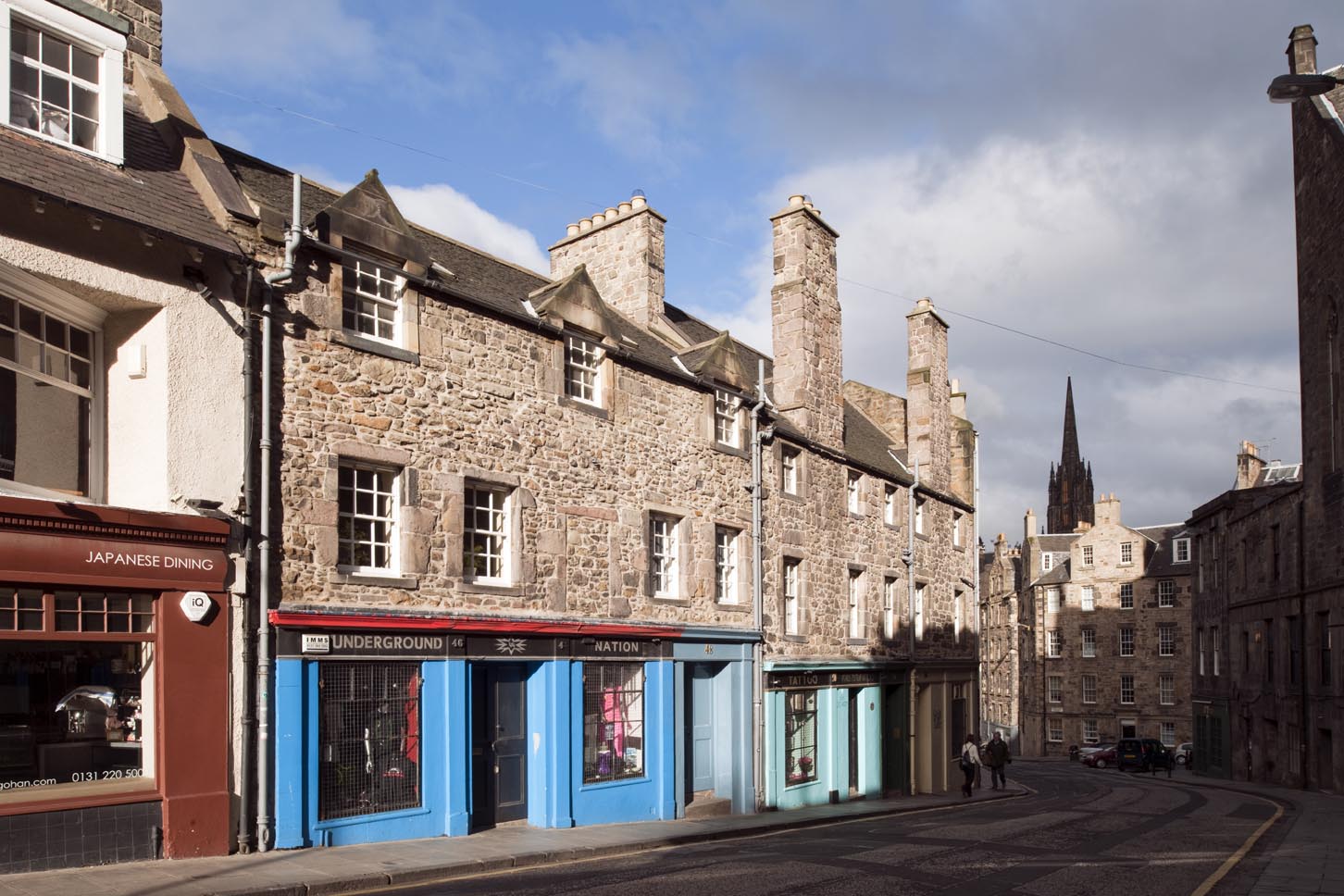 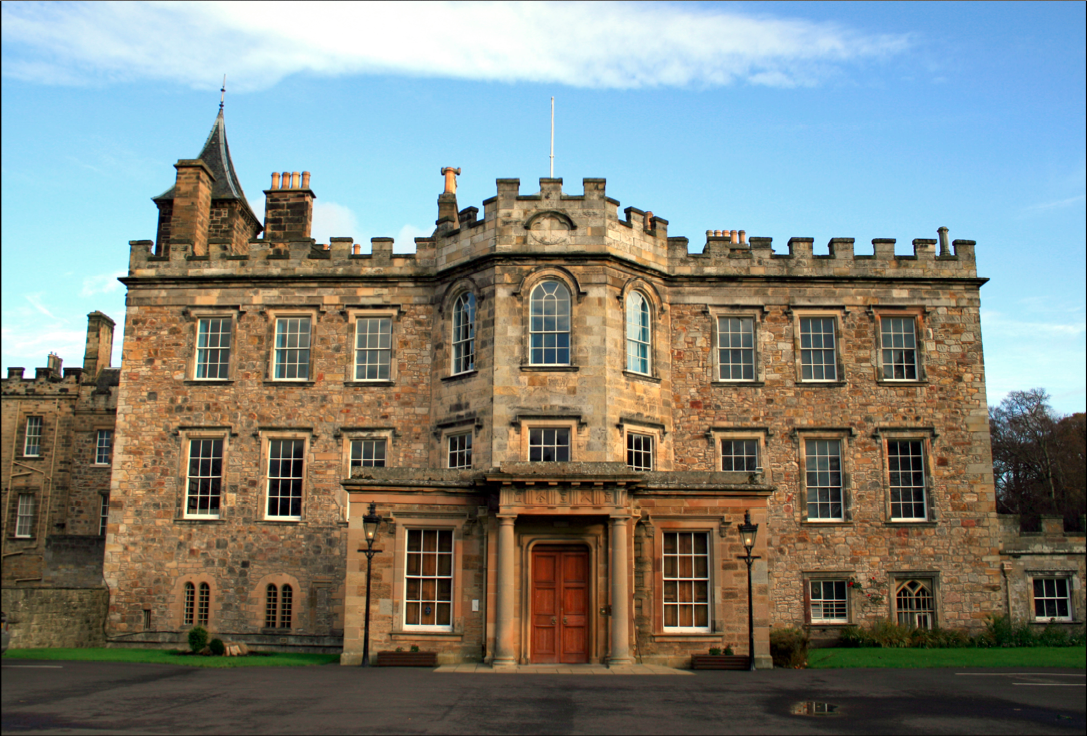 A prime example of modern use mixed with historic preservation

A grand tenement revived as a multi-functional venue.