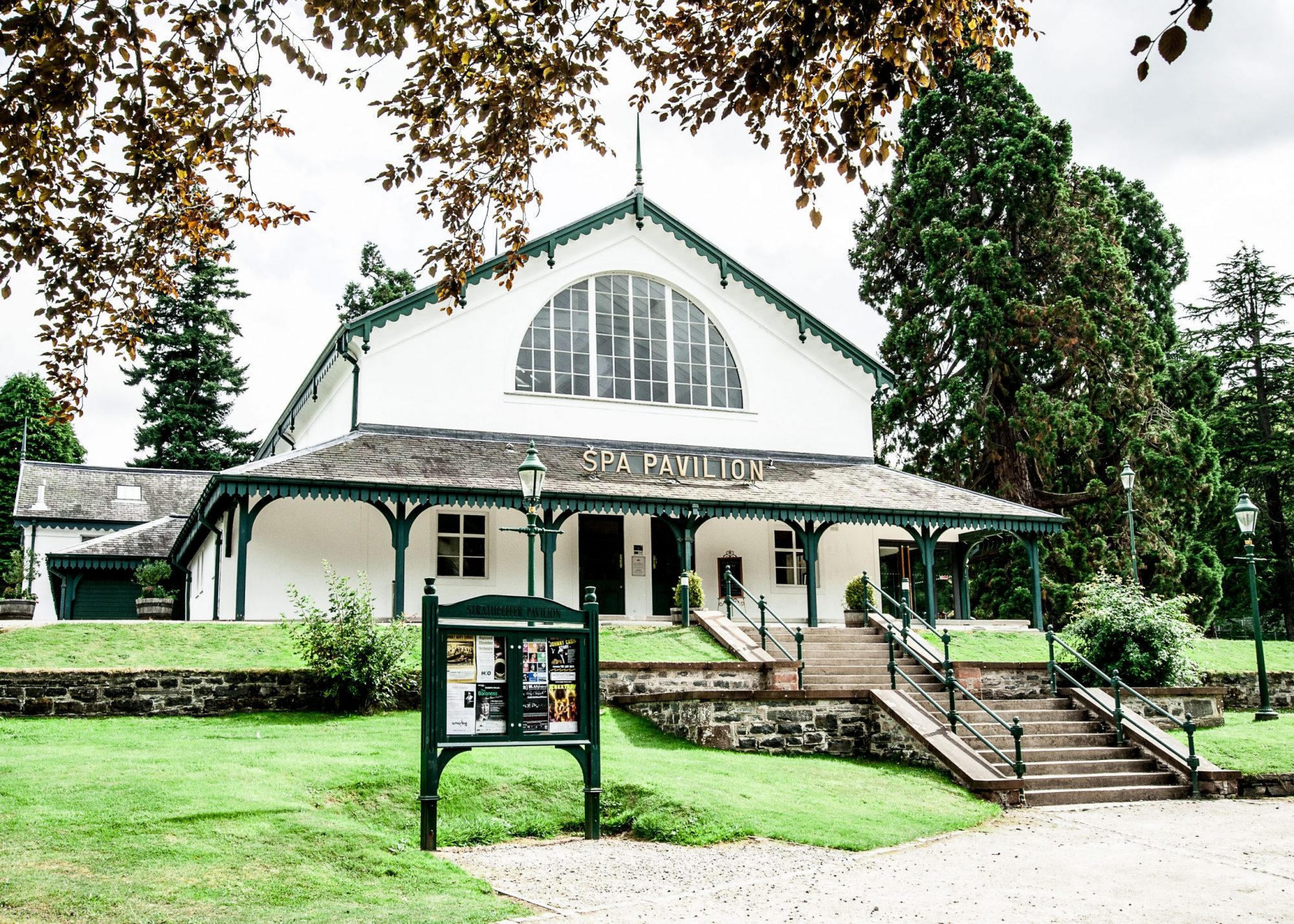 SHBT restored this rare Victorian spa building to its former glory as a much-loved events venue. Subsequently, we collaborated with the local community to pass ownership of the Pavilion directly to those who appreciate it most: the community of Strathpeffer.

Strathpeffer was developed in the 19th century specifically as a spa town, the most northerly spa in Britain. The creation of the Pavilion in 1881 as a socialising and events space was a key addition to the spa’s offering and helped to maintain its popularity well into the 20th century. Many of the other buildings from the early years of the spa’s development have since been demolished, making the Pavilion a key survivor.

The mineral properties of Strathpeffer’s water were first researched in 1772, and further promoted by the building of a pump room in 1819. Strathpeffer was then part of the Cromartie estate, which in 1849 was inherited by Anne Hay-Mackenzie, Duchess of Sutherland and, later, Countess of Cromartie in her own right. Anne realised the potential benefits of Strathpeffer’s sulphurous water and sponsored the development of the town and spa buildings.

At the instruction of its patroness, the architect William Joass modelled the design of the Pavilion on the Casino at Baden-Baden, another popular spa. The tight budget, however, resulted in a relatively simple timber-framed building. The main hall was supplemented by additional refreshment rooms, a billiard room and a balcony fitted out for reading. The open veranda enabled patients to engage in the recommended exercise no matter the weather and during the high season there were regular evening dances and a fortnightly concert.

The opening of a new railway line in 1885 linking Strathpeffer directly to London led to the spa becoming ever-more popular. In 1907, the 3rd Countess of Cromartie leased all of the spa grounds and buildings to the London-based Strathpeffer Spa Syndicate. This organisation made a number of alterations to the Pavilion, including the introduction of vast quantities of black trelliswork.

Like many other buildings in Strathpeffer, the pavilion was requisitioned during the First and Second World Wars and used as a hospital and convalescent home. The closure of the railway in 1946 signalled the end of Strathpeffer as a spa town. The Pavilion was further adapted and used for dances and pop concerts for a number of years before falling empty in the late 1970s.

The Pavilion’s deteriorating condition was hampered by a lack of interest from its corporate owners. After its sale to the nearby Ben Wyvis Hotel in 1949, ownership of the Pavilion and the surrounding grounds was passed as part of a package to increasingly large corporations whose focus on profitability resulted in a lack of interest in the historic structure. This changed in the mid-1990s when, in an effort to rejuvenate the area, the owners decided to sell the spa grounds and surviving Upper Pump Room to the Highland Council and the Pavilion to SHBT for a nominal sum.

When SHBT took ownership of the Pavilion in January 1996, the building was badly dilapidated and vandalised. A project to restore the building to its original appearance and use was developed in conjunction with the Highland Council and the Highland Buildings Preservation Trust, who oversaw the restoration of the gardens and pump room respectively. On-site work, managed by LDN Architects, began in 2003 and was completed the following year.

As far as possible later alterations were removed and the building was returned to its original 1880s appearance. This involved removing the remaining trellis work, repairing the balcony, moving the stage back to its original position and reopening the veranda. Traces of the original decorative scheme survived on the roof trusses and further paint analysis was undertaken to establish the colours across the rest of the structure. Alongside these efforts to restore the building to its former glory, a series of modernisations were included to allow the building to continue to function as an event space for many years to come. 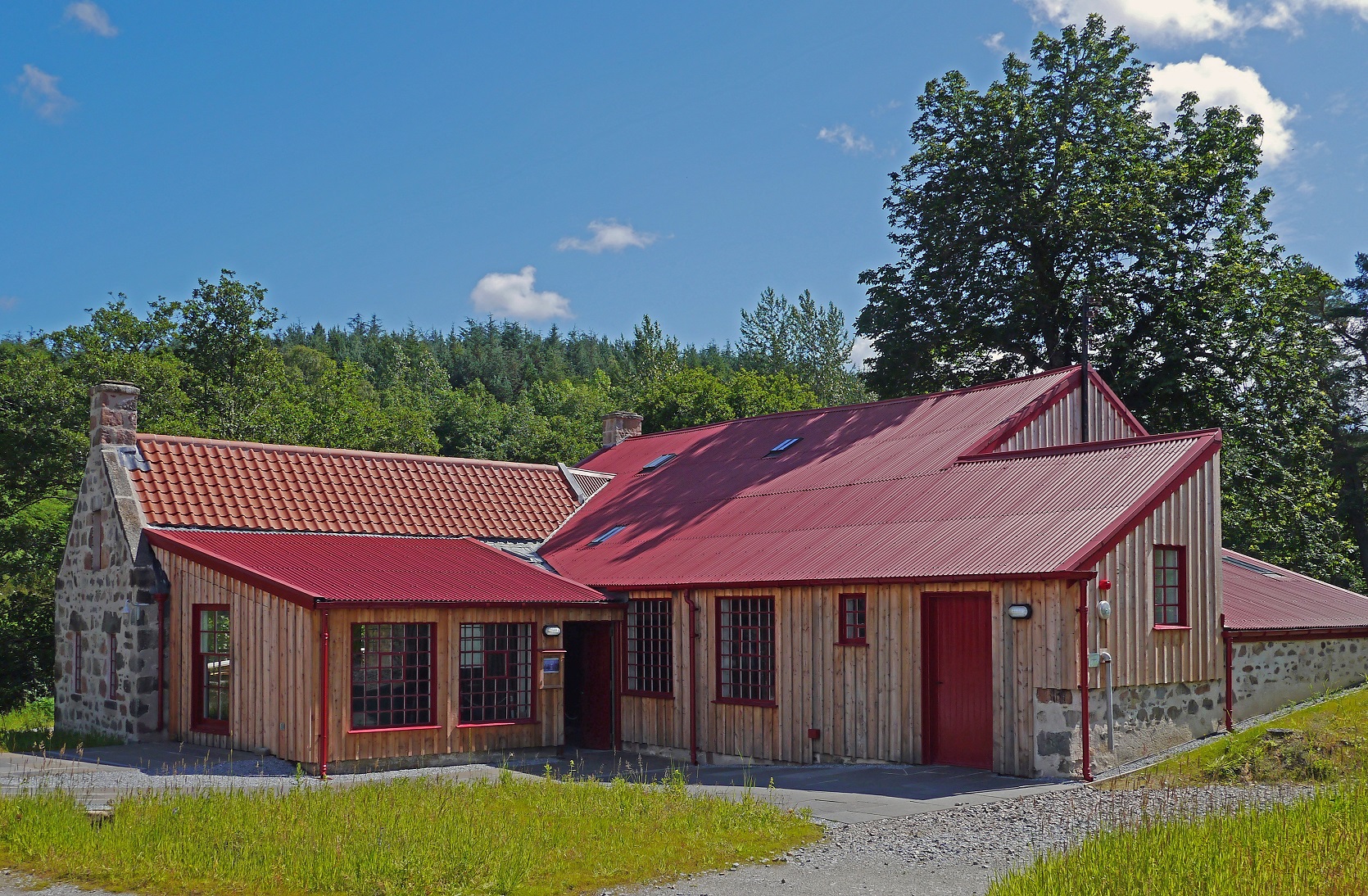 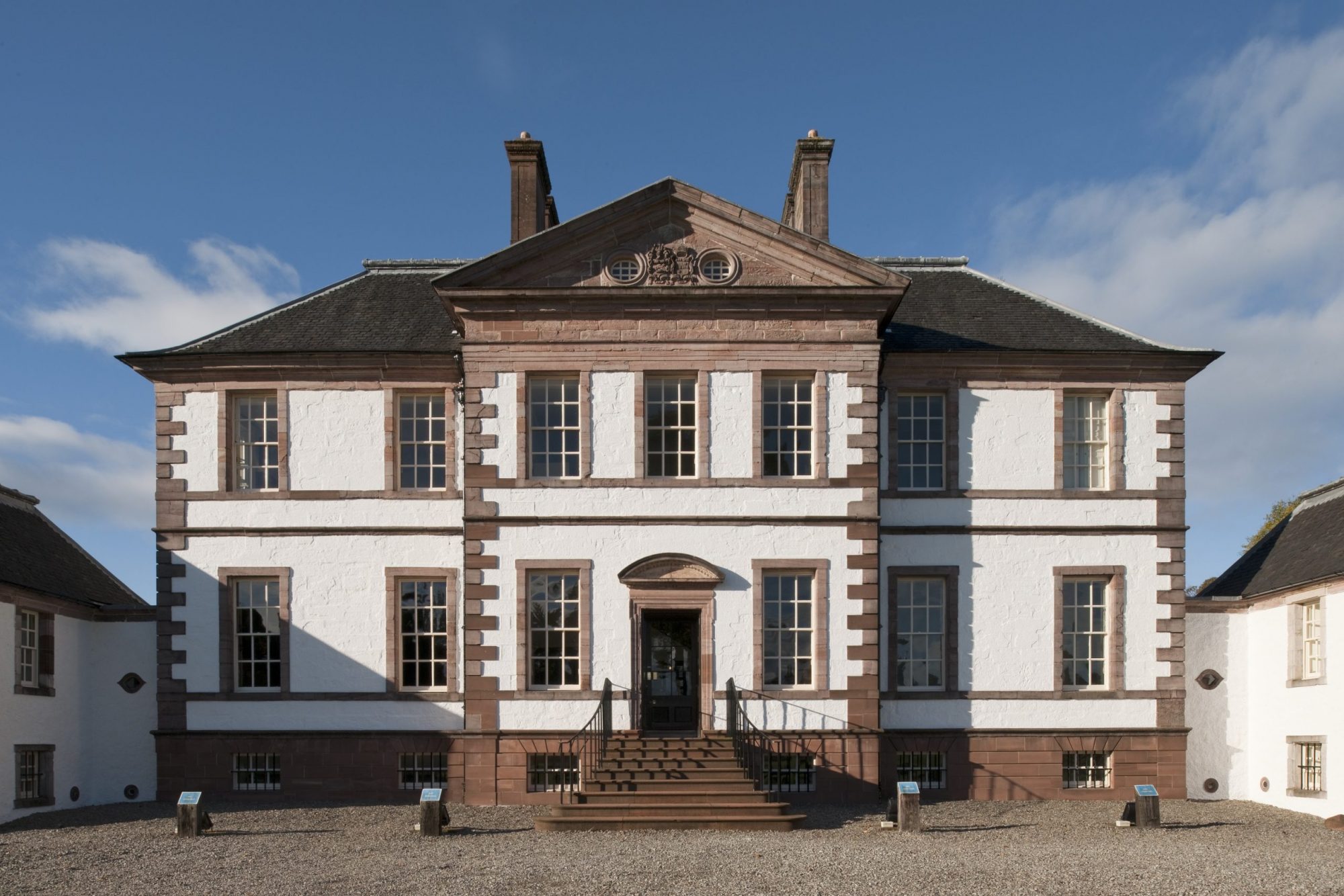 A country house saved from ruin and restored as vibrant workspaces.

A grand tenement revived as a multi-functional venue.