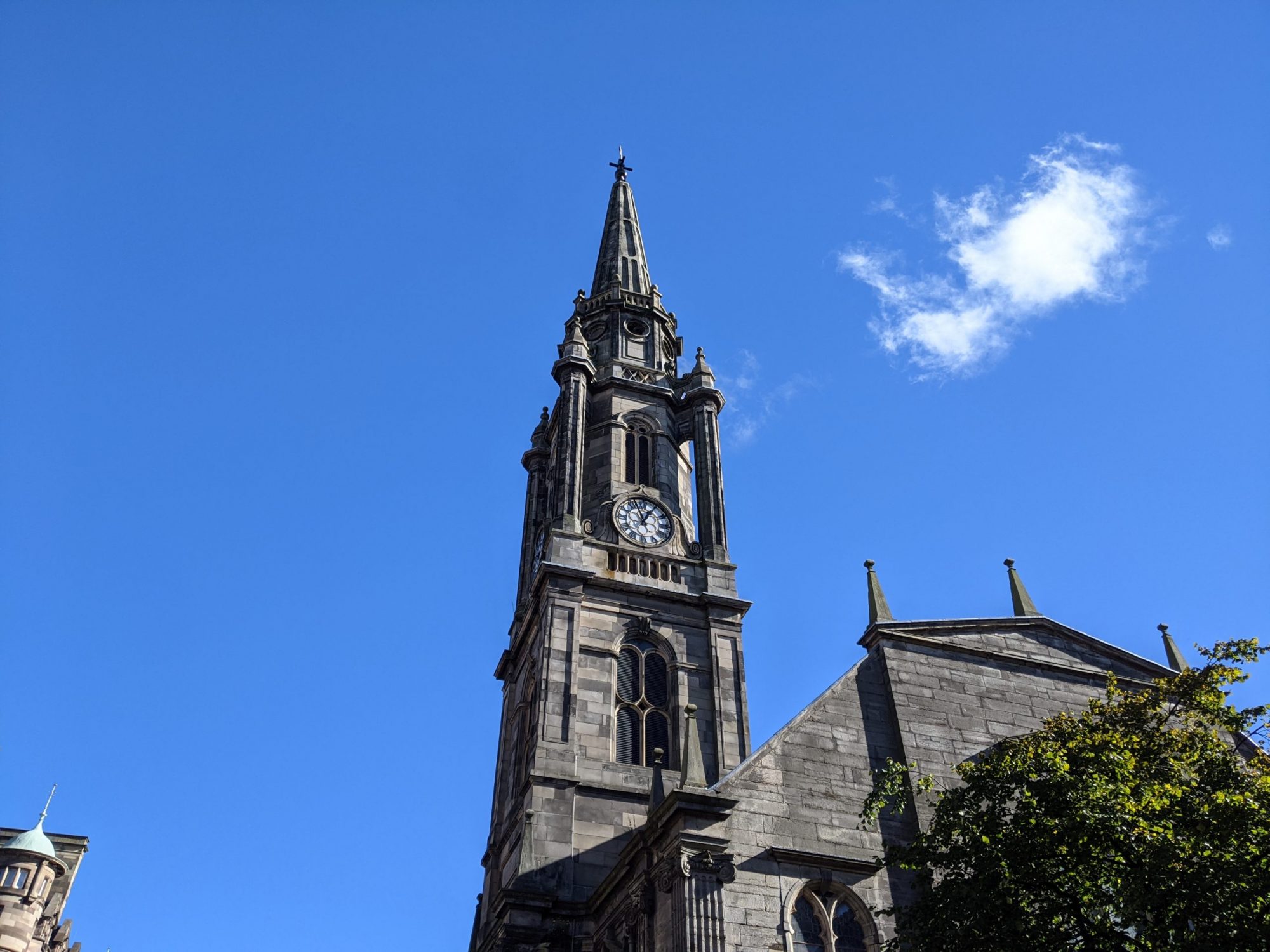 Our Projects > The Tron

The City of Edinburgh Council has given the green light to SHBT to take forward a project to restore the much-loved Tron Kirk on Edinburgh’s Royal Mile.

The Tron Kirk was initially commissioned by Charles I in 1633, one of two churches he commissioned when he designated St Giles as a cathedral. The foundation stone was laid in 1637 and the building first used for worship in 1641 (as indicted by the tympanum carving above the doorway) although it was not finally completed until 1647. The church was dedicated to Christ, but became known as ‘Christ’s Kirk at the Tron’, and afterwards simply ‘The Tron’, due to the presence of the ‘salt-tron’ – a public weighing beam – just outside the church.

The Tron was designed by John Mylne, the Royal Master Mason, with a mix of Palladian and Gothic elements. On the exterior the large stained glass windows with tracery are topped with pediments and the entrance front and corners are decorated with ionic pilasters. The interior has mostly been stripped out but the original hammerbeam-style roof, with a sexfoil pattern, survives. This is extremely rare and was designed by the Royal Master Wright John Scott, who was also responsible for the one at Parliament Hall.

The building was originally T-shaped, but was truncated in 1785 to form the present rectangular building. This redesign was carried out by John Baxter in order to make way for the construction of South Bridge and Hunter Square. The original spire, added by Thomas Sandilands in 1671, was wooden. This burnt down in 1824 and was replaced by the present octagonal stone spire one designed by brother architects Richard and Robert Dickson. Later in the nineteenth century Robert Rowand Anderson carried out renovations to the interior of the Tron Kirk, this involved the creation of a new gallery and a new pulpit in 1888, which were later removed during renovations in the mid-twentieth century. Anderson’s renovations likely coincided with the installation of the Victorian stain-glass windows which are still present.

In 1952 the congregation moved out of the Tron Kirk and the Church of Scotland sold the building to the City of Edinburgh Council. The building lay unused for several decades before being partially restored between 1974-76. This involved the restoration of the steeple by Andrew Renton and archaeological investigations which led to the discovery of the surface of Marlin’s Wynd and the foundations of other earlier buildings underneath the main floor. Marlin’s Wynd is now believed to be the oldest surviving paved street in Scotland.

In 2003, the Tron was placed on the Buildings at Risk Register. It has since cycled through various uses, including as a tourist information centre, a festival venue and a book shop. From 2018 to December 2020, the building was leased by Edinburgh World Heritage Trust. It has now been taken on by the Scottish Historic Buildings Trust.

In May 2021, City of Edinburgh Council agreed to let SHBT take out a long-term lease of the Tron in order to develop a new project to restore this significant and much-loved building. We will now develop a feasibility study to set out a future vision for the Tron. In the interim, we will fulfil a management role for the building, liaising with all existing and new tenants to make sure that the building is open for business as soon as possible. This is the third major project that SHBT has undertaken in partnership with City of Edinburgh Council in recent years, the others being Riddle’s Court near Edinburgh Castle and Custom House in Leith.

While the feasibility study for the restoration is developed, Scottish Design Exchange will run a boutique artists’ market in the Tron Kirk, which will be open to the public from July 1st 2022.